Netflix Geeked continues to be the gift which keeps on giving. After last night’s huge trailer for Neil Gaiman’s The Sandman adaption, the streamer has now revealed a first look at Jenna Ortega as Wednesday Addams.

A new synopsis for the series reads: Wednesday is a sleuthing, supernaturally infused mystery charting 16-year-old Wednesday Addams’ years as a student at Nevermore Academy. Season One will follow Wednesday as she attempts to master her emerging psychic ability, thwart a monstrous killing spree that has terrorized the local town, and solve the murder mystery that embroiled her parents 25 years ago — all while navigating her new and very tangled relationships at Nevermore.

Check out the teaser in the player below:

You can also feast your eyes on two new stills of Ortega which have been released from the teaser: 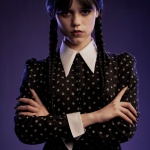 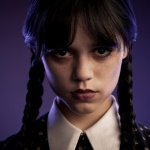