Inspired by Durin’s Bane from Peter Jackson’s cinematic adaptation from Lord Of The Rings: Fellowship Of The Ring. This limited edition collectible bust by Queen Studios captures the Balrog as we saw him on the big screen. The Balrog is arguably one of the most iconic villains both on screen and on paper. Despite his brief role, the Balrog’s appearance in the Mines of Moria has forever been ingrained as one of the best scenes in the Lord of the Rings trilogy. So what better way to honor such a magnificent villain than with an epic statue.

The Queen Studios team have studied the Balrog closely, expertly capturing the hulking monster’s fiery eyes, demonic horns and gigantic fangs. Now, get ready for this… The bust has two editions. The Cintra Edition and the Polda Edition. What’s the difference? Well, let’s find out.

Check out the gorgeous statue below: 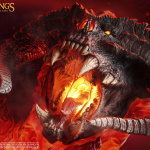 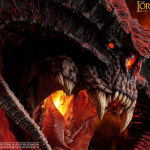 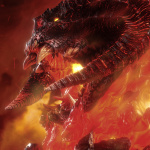 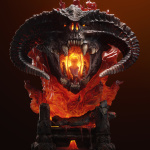 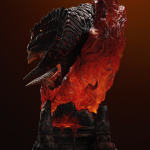 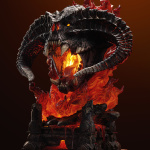 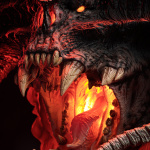 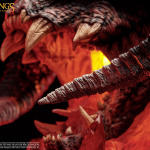 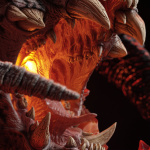 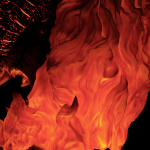 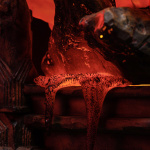 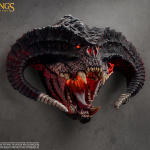 The Cintra Edition is a significantly cheaper version that still captures the Balrog in all of its fiery glory. It is simply a scaled down version for those who don’t have the room for a full-sized Balrog. It measures 61cm and 45cm wide, so it is still quite a large relic to own. The Polda Edition, however, is something else entirely. This hulking statue measures in at 164cm tall and 123cm wide.

This character is a beast, Queen Studios’ artists have decided to present it as such. Its evil essence drips onto the base beneath it, while its eyes, mouth and surrounding flames include internal lighting to create a sinister burning glow. The base that supports the Balrog is inspired by the architecture of the dwarf realm beneath the Misty Mountains. The base and flames are both optional extras, as the Balrog head can be ordered as a standalone piece that can be mounted to your wall.

What do you think of these stunning statues? Let us know your thoughts in the comments. Don’t forget to check out more Lord of the Rings content right here.