Searchlight Pictures has begun teasing the impending release of Tom George’s murder mystery See How They Run. The film, which hits screens across the UK in September, features an all-star cast in a classic whodunit story.

In the West End of 1950s London, plans for a movie version of smash-hit play come to an abrupt halt after the film’s Hollywood director is mudered. When world-weary Inspector Stoppard (Sam Rockwell) and eager rookie Constable Stalker (Saoirse Ronan) take on the case, the two find themselves thrown into a puzzling whodunit with the glamorously sordid theatre underground, investigating the mysterious homicide at their own peril.

The studio has released 12 new stills from the film which you can check out in the gallery below: 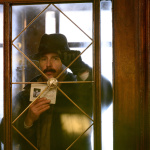 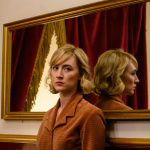 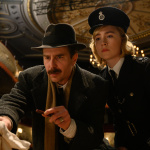 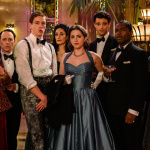 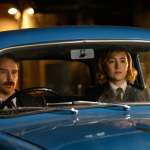 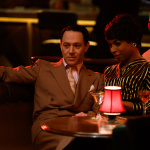 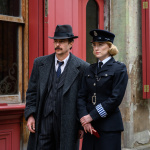