The series premiere of Star Trek: Strange New Worlds arrived last week to huge fanfare from critics and fans alike. With the job of introducing the crew of the U.S.S. Enterprise – complete with a surprise Kirk – out of the way, this week it’s time to get down to business.

This week’s episode, titled “Children of the Comet”, will find the crew in a race against time to save an inhabited planet from a nearby comet. From the looks of today’s official episode stills they’ll also be finding time to relax with Captain Pike (Anson Mount).

Here’s the full synopsis for the episode:

While on a survey mission, the U.S.S. Enterprise discovers a comet is going to strike an inhabited planet. They try to re-route the comet, only to find that an ancient alien relic buried on the comet’s icy surface is somehow stopping them. As the away team try to unlock the relic’s secrets, Pike and Number One deal with a group of zealots who want to prevent the U.S.S. Enterprise from interfering. 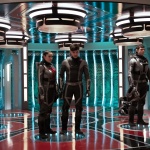 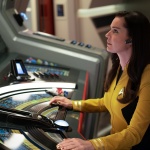 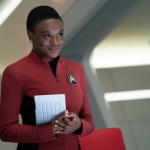 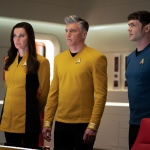 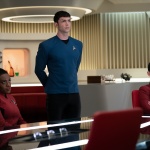 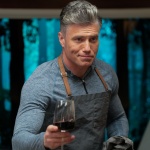 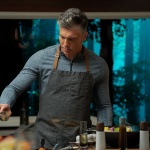 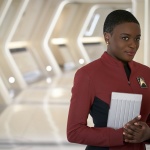