Warner Bros. Games and DC has given fans a new look t the upcoming open-world action RPG Gotham Knights. Showcasing the agile acrobatic defender Nightwing, the video shows off some of his suitstyles, which players can craft and customize throughout the game. Nightwing’s unique combat abilities are also on display, which include fierce elemental melee attacks using his signature escrima sticks and wrist darts, as well as his traversal abilities which include parkour, grappling and his glider, the Flying Trapeze.

Check out the brand new trailer in the player below:

Dick Grayson is Nightwing. As a teenager, he was Batman’s protégé and the first Robin, before striking off to become a hero on his own terms. An incurable optimist, Nightwing often relies on his natural charisma to try and get out of trouble. Though he often tends to hide his depths by clowning around, his friends know that Dick values close personal bonds and strongly believes that above all else, people are worth fighting for.

As well as the brand new trailer, the studio has also released a handful of new stills featuring the character: 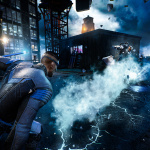 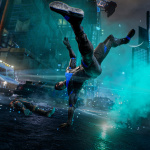 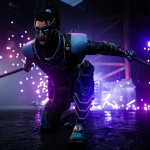 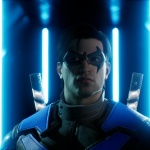 Gotham Knights is scheduled to launch worldwide on Oct. 25, 2022. Please note, to provide players with the best possible gameplay experience, the game will release on PlayStation 5, Xbox Series X|S and PC and will not be available for PlayStation 4 or Xbox One consoles.

The game is available for pre-order on all launch platforms via the PlayStation Store, Microsoft Store, Steam and Epic Games Store. Players can pre-order the Gotham Knights Standard Edition. The Gotham Knights Deluxe Edition can be pre-ordered, including the base game and Visionary Pack downloadable content (DLC) with exclusive gear, cosmetics, Beyond Suitstyle character skins inspired by the Batman Beyond animated series and more. The Gotham Knights Collector’s Edition can be pre-ordered, featuring the Deluxe Edition, augmented reality collectable pin, 16-page media book, exclusive Gotham City map, four-character statue diorama and more. Additionally, pre-orders will receive the 233 Kustom Batcycle Skin at launch, based on the vehicle’s first appearance in DC’s Detective Comics #233.