BOOM! Studios has announced Stuff of Nightmares, a brand new four-issue limited comic book series from R.L Stine, the legendary author of Fear Street and Goosebumps, who’s back with a chilling new take on iconic creatures from horror legend in his first creator-owned comic book series, with chilling art by A.L. Kaplan (Maw, Jim Henson’s The Storyteller), and colors by Roman Titov (Eat the Rich). Available in September 2022.

In the premiere of Stine’s reanimated reimagining, the monster you enounter isn’t the one you thought it’d be—you might be familiar with the classic tale of a mad scientist hell-bent on creating life, but what these two demented brothers have created is something else entirely! Get ready for a darker, more gruesome, and even more terrifying series for horror fans who are ready to face their fears in … Stuff of Nightmares!

R.L. Stine is one of the best-selling children’s authors in history. Now in its 30th year, Goosebumps has sold more than 400 million books. The Goosebumps series made R.L. Stine a worldwide publishing celebrity (and Jeopardy answer). His other popular children’s book series include Fear Street, (recently revived as a feature film trilogy), The Garbage Pail Kids, Mostly Ghostly, The Nightmare Room, and Rotten School. His newest Disney+ TV series is Just Beyond, based on his graphic novels for BOOM! Studios. Other titles include: It’s The First Day of School Forever, A Midsummer Night’s Scream, Young Scrooge, and two picture books, with Marc Brown—The Little Shop of Monsters and Mary McScary. R.L. lives in New York City with his wife Jane, an editor and publisher.

“AT LAST I’m free to let my most horrific fantasies out! Hey, kids– stay away from Stuff of Nightmares,” said R.L. Stine. “It’s my first horror comic book work for grownups. Ghastly, gory, and I hope, good stomach-churning fun!”

A.L. Kaplan is an American cartoonist and horror aficionado currently living, drawing, and blasting doom metal to his cats in the Wild West. He is best known for his work as the artist on Jude Ellison S. Doyle’s original series Maw, as well as Jim Henson’s The Storyteller from BOOM! Studios. He also self-published the comic Full-Spectrum Therapy.

“As a lifelong fan of horror, and especially R.L. Stine, it’s been an exciting experience to work with him on this dark and twisted series about the monsters that fuel our nightmares,” said Kaplan. “It was thrilling to get a chance to bring the truly macabre and creepy elements of the characters that Stine created onto the page so I hope readers get just as many chills down their spine as I did when they read this series for the very first time!”

“For all of us who grew up reading R.L. Stine’s work, we now have something terrifying to sink our teeth into as adults, especially those who have a sordid love for Fear Street, EC Comics, and classic horror,” said Bryce Carlson, VP, Editorial & Creative Strategy BOOM! Studios. “I can’t wait for the Nightmare Keeper to lead everyone into this horrifying new series that is truly the Stuff of Nightmares!”

Stuff of Nightmares is the newest release from BOOM! Studios’ eponymous imprint, home to critically acclaimed original series, including BRZRKR by Keanu Reeves, Matt Kindt, and Ron Garney; Something is Killing the Children by James Tynion IV and Werther Dell’Edera; Once & Future by Kieron Gillen and Dan Mora;We Only Find Them When They’re Dead by Al Ewing and Simone Di Meo; Seven Secrets by Tom Taylor and Daniele Di Nicuolo; The Many Deaths of Laila Starr by Ram V and Filipe Andrade; Eve by Victor LaValle and Jo Mi-Gyeong; Basilisk by Cullen Bunn and Jonas Scharf; Faithless by Brian Azzarello and Maria Llovet; Alice Ever After by Dan Panosian and Giorgio Spalletta, and Grim by Stephanie Phillips and Flaviano. The imprint also publishes popular licensed properties, including Dune: House Atreides om Brian Herbert, Kevin J. Anderson, and Dev Pramanik; Mighty Morphin and Power Rangers from Ryan Parrott, Mat Groom, Moises Hidalgo, and Marco Renna; and Magic from Jed McKay and Ig Guara. 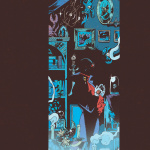 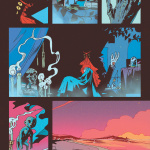 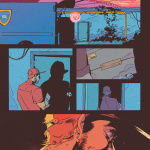 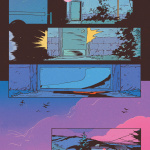 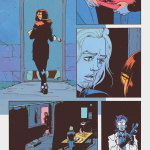 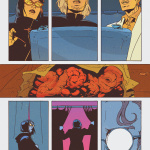 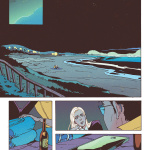 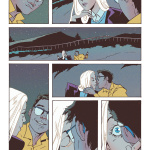 Print copies of Stuff of Nightmares #1 will be available for sale in September 2022 exclusively at local comic book shops (use comicshoplocator.com to find the one nearest you) or at the BOOM! Studios webstore. Digital copies can be purchased from content providers like comiXology, iBooks, Google Play, and Kindle.