Yesterday, there was a panel for The Walking Dead: World Beyond uploaded to YouTube as part of the 2020 Comic-Con@Home. In attendance were Scott M. Gimple, Matt Negrete, Aliyah Royale, Alexa Mansour, Hal Cumpston, Nicolas Cantu, Nico Tortorella, Annet Mahendru, Julia Ormond, and Joe Holt. Check out the trailer for the first season of World Beyond below!

What has most fans excited for this two-season limited event, is the fact that it is focused on teenagers, rather than adults. The Walking Dead: World Beyond will premiere on AMC in North America on Sunday, October 4, and on Amazon Prime internationally. 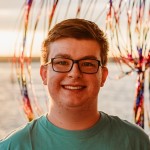